Are Students Today Overwhelmed By The Stress Epidemic?

Every student from every university and every generation is used to experiencing stress, to the point where this feeling was almost normalised and became a part of the education experience.

But if lately you’ve been feeling more down than ever and nothing about your anxiety feels normal, you’re not wrong: recent studies show that students from the current generation are on the verge of a full-blown stress epidemic that can take a serious toll on their physical and mental health.

According to a February 2019 study from Pew Research Center, a worrying 70% of young people said that anxiety and depression were the biggest problems among their peers, followed by bullying and drug addiction.

As to the cause of stress and anxiety, 61% answered that they felt pressured to get good grades, either by their teachers or by their parents.

Meanwhile, 29% said that they felt pressured because of their looks, and only 4% said that their anxiety was caused by the pressure to use drugs.

A new book from Anthony Rostain, a professor of psychiatry and pediatrics at the Perelman School of Medicine at the University of Pennsylvania, also talks about the stress epidemic in college, where students are experiencing an inornate amount of anxiety caused by the pressure of “surviving college and doing well”. 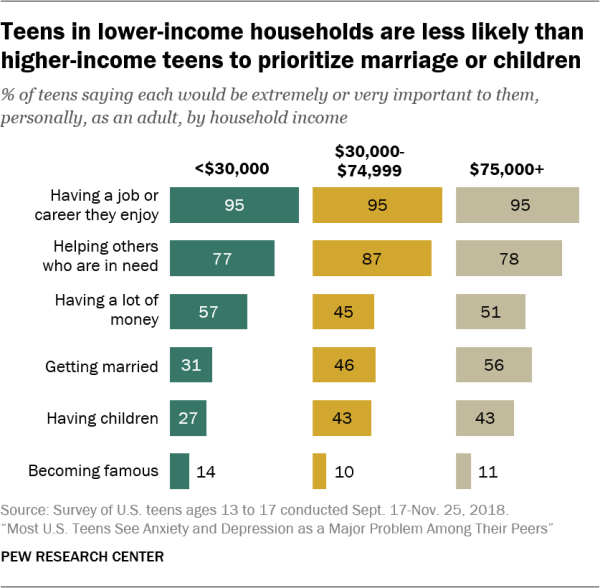 Post-graduation goals, social media, and the pressure to overachieve

More than half of teenagers want to go to college after graduating high school and, statistically, this is the category likeliest to struggle with stress and anxiety.

Both boys and girls seem to feel the pressure to get good grades at the same intensity, although the study shows that girls are more likely to feel tense or nervous over parents’ expectations of them.

But one can argue that the expectation to pursue higher education isn’t exactly new, so what changed in the past decade that made stress levels soar among students as young as 13?

Psychologists explain that kids start to run out of stream at earlier ages compared to their parents, sometimes as early as middle school.

Compared to their parents, today’s kids grew up in the age of standardized testing, which means that, starting as early as kindergarten, they were forced to focus less on creativity, play and exploration, and more on literacy, grammar, and math.

As a result, students became acquainted with exam stress earlier than ever, so by the time they reach high school, they experienced college-levels of stress. After college, there’s the pressure of getting a well-paid job, reaching financial independence, and

Besides, apart from the pressure of academic excellence, they’re stressed by a plethora of other factors, including the pressure to fit in and the lack of safety in schools.

For kids that come from low-income households, there’s also the stress of student debt and financial problems.

And, according to Jean Twenge, professor at San Diego State University, the high prevalence of smartphones and the growing influence of social media also has a major role to play.

According to his research, if you spend more than five hours a day scrolling through social media on your phone you’re 71% more likely to experience anxiety and depression, and this makes sense, considering that social networks can set unrealistic body image standards and contribute to cyberbullying.

Are schools and colleges prepared to help students?

Dealing with stress and anxiety can have both physical and emotional symptoms, from fatigue and sleeping disorders to self-harm and suicidal thoughts.

According to school counsellors, the number of students hospitalised for anxiety and depression is higher than ever before, and institutions aren’t that well prepared to deal with the issue.

From music to meme culture, there are many coping mechanisms that can make college stress a little easier to bear, but psychologists warn that coping isn’t really a solution and that you have to address the root of the problem. And for that, schools and colleges aren’t always prepared.

Although there has been a rise in mental health awareness among students, most academic institutions don’t have enough counsellors to help everyone.

In many cases, counsellors are understaffed, have to work at many schools at once, and are unable to focus on prevention rather than treatment.

Another challenge is that the so-called “problem-students” require more attention, but there are many introvert students who may be under extreme stress without talking about it.

Many students have talked about alternative solutions that help them cope with anxiety and exam stress, such as exercise and CBD oil, but it’s important to make sure that all these treatments are appropriate.

According to Royal CBD, students shouldn’t purchase CBD products without knowing their origin and manufacturing processes, because that can lead to a series of health risks.

So far, studies show promising results when it comes to the mental health benefits of cannabinoids, but you should always check the provider’s reputability first.

How can you fight stress?

Many colleges also offer mental health resources on campus, such as access to therapists and study support, so if you are dealing with extreme stress, you shouldn’t hesitate to seek help.

Apart from that, practicing self-care can contribute significantly to stress reduction. Exercising, listening to wellness podcasts, avoiding binge-drinking, all of these can help, but, most importantly, you have to approach the problem, not avoid it.

Although avoiding stress factors might seem like a good way to get rid of stress (skipping class or avoiding your colleagues), this is just a way around the problem, not an actual solution.

If you feel that stress and anxiety are affecting your academic performance, be honest with a professor about it or talk to your designated counsellor.

If you find it hard to adjust from high school to life on campus, get involved in extracurricular activities and don’t isolate yourself.

And, if you feel like you can handle this on your own, or that stress is nothing to be worried about, you should reconsider.

According to Anthony Rostain, underplaying stress and anxiety during college is the primary reason why students don’t use counselling services, and that’s a huge mistake because fighting stress is more complicated than shaking off a cold.